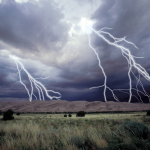 Prepare for the Worst - Protecting Your Home From Severe Weather

With storm season freshly upon us and the ever looming threat of severe weather for the next few months, there… Read More

With housing prices at their highest annual gain since 2005, homeowners may be considering placing theirs back on the market… Read More

The National Tornado Summit is an annual event designed to improve disaster mitigation, preparedness, response and recovery in order to… Read More

Insurance and Licensing Scams in Oklahoma

Even if you’re adjusted to Oklahoma’s intermittent weather, the temperatures lately have made the Olympics in Sochi seem like a… Read More